Pellegrino Artusi was born in Forlimpopoli on 4th August 1820, the only male son among seven sisters. His Father, Agostino was a wealthy businessman dealing with colonial items.
After his studies at the Bertinoro’s Seminary, he started dealing with his father business.

What market young Pellegrino and his family’ s life was the incursion of the Passatore in Forlimpopoli on 25th January 1851. In the night during which he entered the town theatre, the famous brigand’ s gang, with a trick could enter also the house of the feature gastronomer stealing all his money and precious things.
The damage was not only economic, it deeply marked Artusi’ s family: Gertrude, one of his sisters, went mad for fear and was interned in a mental hospital.

The next year the family left Forlimpopoli and moved in Tuscany where Pellegrino, 32 years old, could carry on his commercial activities with a certain success.
Artusi continued living in Florence, and there died in 1911, at age of 91. He always kept strong relations with his birthtown.
Artusi enjoyed a wealthy life, but he never neglected his passion for literature and cooking.

Retired into private life, he dedicated his time at these interests, writing a “Foscolo’ s biography”, and then “Osservazioni in appendice a 30 lettere di gusto”, both published at his own charge, without a real success; that one he would have gained with “La scienza in cucina e l’ arte di mangiar bene”( The kitchen science and the art of well eating), published in 1891 at his charge, “by Landi’ s edition types”. First edition: 1000 copies.

It’s Artusi himself who tells us about the peripetia of his famous work in the introduction, which he significantly titled “Storia di un libro che rassomiglia a Cenerentola”( History of a book looking like Cinderella): from the severe comment of Prof. Trevisan who sentenced “This book will have a life” to the anectode of Forlimpopoli men who won a copy of the book at a lottery and sold it to the tabacconist’ s not knowing what to do with it. 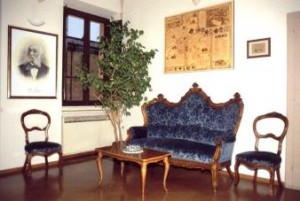 But at last success arrived and it was overwhelming: 14 editions were printed in twenty years; in 1931 the edition had arrived at 32 and the “Artusi” (the book was called with the author’ s name) was one of the most read book by Italians, together with “I promessi sposi” and “Pinocchio”.

Still today the volume counts a great number of editions and widespread diffusion.
It collects 790 receipts, from broth to liqueurs, passing through soups, hors-d’ ouvres (or well “beginners”), second dishes and cakes. 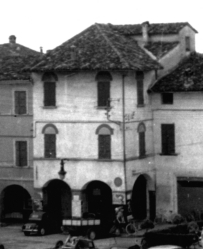 The approach is a didactic one (“with the practical manual – Artusi writes – it’ s sufficient to be able to keep a ladle in the hands”), the receipts are followed by the author’ s reflections and anecdotes, as he writes in a witty style.
“the kitchen science and the art of well eating” was a real boundary line in the gastronomic culture of the age.

Artusi must be recognised the tribute of having given dignity to that “mosaic” of regional traditions which for the very first were fully valorised at the level of the “national gastronomic tradition.